This Case Study is prepared from multibeam surveys using a NORBIT WINGHEAD multibeam echo sounder to perform a technical assessment of the MV Schiedyk. The more than 50-year old shipwreck near Bligh Island off the west coast of Vancouver Island was confirmed to be the source of several reports of sheen observed in the ZuciarteChannel and Nootka Sound in the fall of 2020.

All survey equipment was installed on ROV model XLX 66.

From this cable schematics, we can summarize that all of the NAV is consolidated on the ROV (IMU, DVL, USBL) in the PHiNS C3 INS. This is streamed topside to QINSy on Ethernet. The INS receives ZDA from surface Fiber Optic converter.

A customized pigtail connects the MUX to the head. The PPS is converted to TTL and goes to the WINGHEAD sonar head. It is assumed that the trigger in/out is only required for syncing dual heads; which is not relevant to this installation scenario.

General bathymetry of the area – 400 kHz

Bathymetry over backscatter data results from the ROV Survey – 400 kHz 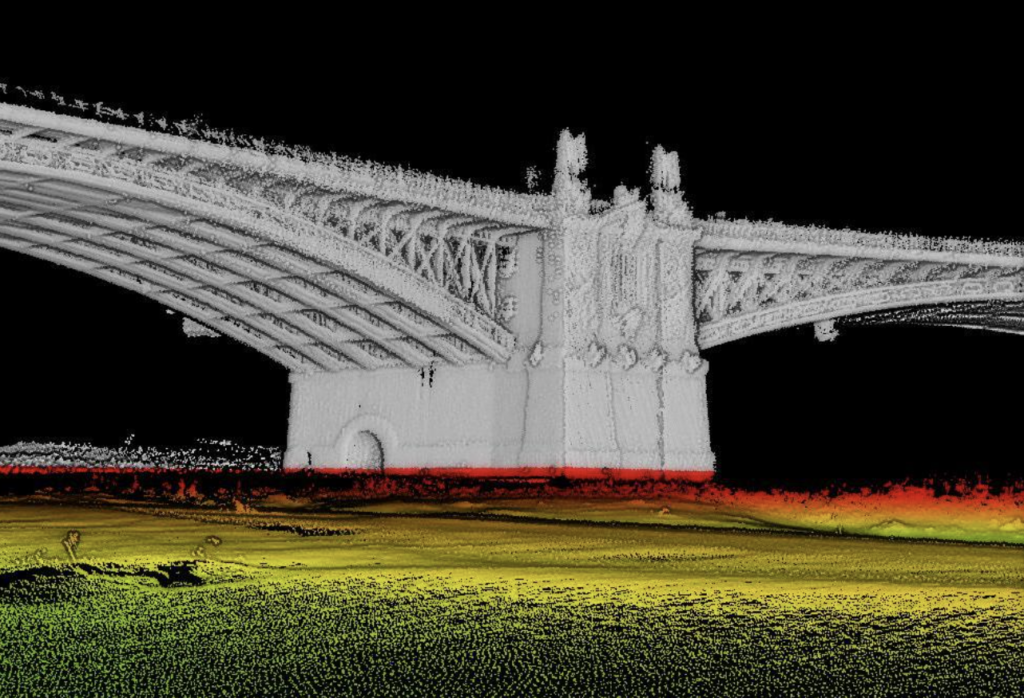 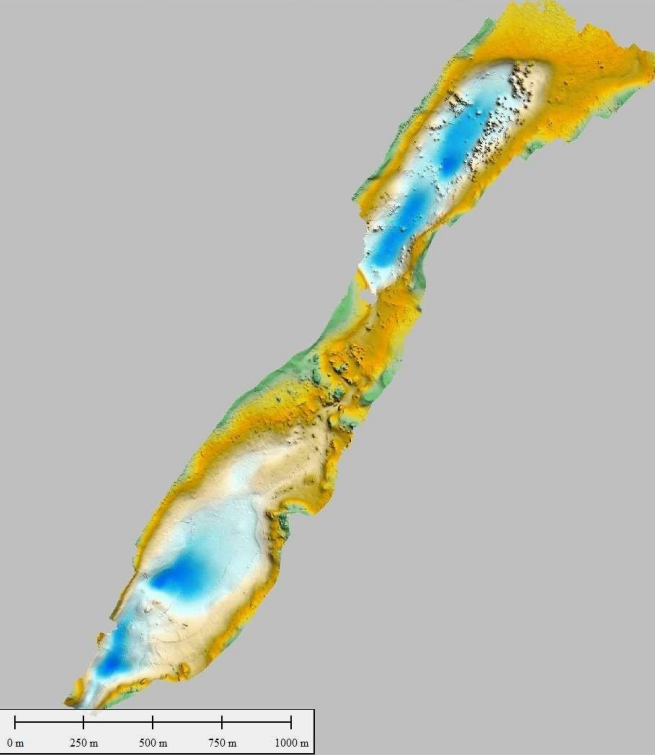 Mapping the Ikaite columns of the Ikka Fjord, SW Greenland